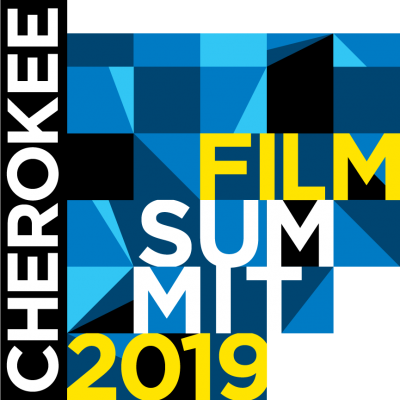 The Cherokee Film Summit is now just weeks away, and the Cherokee Office of Economic Development (COED) and presenting partner, the YANMAR EVO//Center, are hard at work preparing for the first-ever event which will celebrate the film production industry’s success and potential in Cherokee.

The Cherokee Film Summit (CFS) will take place on January 24, 2019, from 5pm – 10pm at the YANMAR EVO//Center and is designed to bring together Cherokee’s film community—those in film production, creative, visual or performing arts, business and entrepreneurs, students and educators, and local citizens—all of whom have an interest in the success of the film production industry.

Jared Adams, Marketing and Events Coordinator for YANMAR, is convinced of the benefits that film and media bring to a business.  “The team at the YANMAR EVO//Center is honored to host the first annual Cherokee Film Summit.  We understand and embrace the importance of film and video in the business world.  The fact that there are so many opportunities for collaboration right here in our own backyard is very encouraging, and we are excited to see it continue to grow through events like the Film Summit,” said Adams, who has collaboratively planned the event with COED.

“The Cherokee Office of Economic Development has an established reputation for building collaborative relationships”, said Marshall Day, Chairman of COED.  “Those relationships are key in engaging industries that want to establish roots here.  The film industry is one of those.”  COED recognized years ago that one of Cherokee’s greatest resources was the ability to coordinate efforts between cities, county, and public service providers.  That intentional building of connections gave rise to Cherokee’s supporting role in over 100 filmed works over the last ten years.

The team from Netflix’s hit series OZARK recognizes this kind of intentionality.  Kevin Dowling, who works closely with COED to obtain locations and permitting, remarked:  “Making great film and television can be extremely challenging.  Complex and ongoing problem-solving is a major part of our process.  The Cherokee Office of Economic Development, along with the Cherokee Sheriff’s Office and community at large, have consistently been willing to get in the trenches with filmmakers and work through this process.”  Wes Hagan (Production Manager) along with Kevin Dowling (Key Assistant Location Manager) who received the Location Managers Guild International Award for “Outstanding Locations in a Contemporary Television Series” for OZARK: Season One (many of which were in Cherokee) will be the featured panelists for the inaugural event.

The CFS was intentionally designed for making meaningful connections, discussing the needs of filmmakers while learning about the available resources within Cherokee’s film-friendly community.  “We will be listening to what our local film professionals need, for our businesses to know how the film industry can benefit them, and for our community to understand that they play a significant role in helping to ensure this industry stays put,” said Molly Mercer, COED’s Film Project Manager.  “

Business owners and entrepreneurs can expect to benefit from attending specifically designed breakout sessions.  Storytellers and session leaders Jim Nichols and Drew Davis of Half Machine know that research proves that storytelling resonates with an audience far more meaningfully than traditional advertising. “If you genuinely want to connect with your audience and move them to meaningful action, stories are historically, biologically, and empirically powerful. We believe a strong film community can have a tremendous impact on the culture and economy. We’re excited to invest in this community and help build a strong, collaborative foundation for Cherokee County filmmakers, creatives, and businesses for years to come,” said Nichols.

Gerald Griffith of VoiceoverCity Media Services, who serves as the Executive Director of the world’s largest voice over gather—VOAtlanta, understands the importance of pitching an idea and “showing others that you are committed to your vision.” Gerald will lead a breakout session on crafting your most authentic pitch.

Creating a film from scratch is no small task, but filmmakers can expect to be inspired by Cheryl McKay Price, the screenwriter for the recently released feature film Indivisible based on the experiences of Army Chaplain, and Cherokee’s native son, Darren Turner.  Cheryl, who moved to Cherokee from Los Angeles three years ago, said “It surprised me how much I’ve been able to continue to work as a screenwriter from right here.  My team wants to film a movie here in 2019 because of the variety this place offers.”  Cheryl will be leading a breakout session about the screenwriting process, and tips on how she balances writing and working from Cherokee.

Judd Brannon, director of the 2017 feature film Champion, will give a director’s perspective on the process of creating and filming in Cherokee—from concept to theatrical release.  “It’s a blessing to work and serve so close to home with a community that really embraces your vision for reaching others with powerful stories.  The Summit will is a great way to meet like-minded filmmakers and creative types who share your passion and energy,” said Brannon of the upcoming event.

Cherokee is rich with actors and performing artists looking to break into the business.  Acting Coach Brent Brooks acknowledges, “It is not always easy getting work as an actor.  We will lead a session that will help aspiring actors with tips on how to build an acting resume, create a demo reel, navigate casting portals, get representation, and how to get work as a background extra.”

Thomas and Ashley Cantley found Cherokee while scouting locations to film live reactions from around the United States for the Rio Olympic Games and chose to move their family from New York City.  Thomas is a producer on projects from around the globe, while Ashley is a celebrity talent-booker for television shows.  When asked about choosing Cherokee, Ashley said “I love that I can work from my home in Woodstock for national TV shows based out of New York and Los Angeles, and at the same time I’m so inspired by the filming happening in Cherokee.  We want to create work here and are filming a TV show pilot here now.”  Excited to be sharing at the CFS, Thomas said, “We will be giving tips on how to evaluate media worthy ideas, create national-level projects, and will allow time to answer questions about projects and ideas that those in our community are working on.”

Mercer and the COED Team will be available to advise local property owners on how they can list their personal or business property as a potential filming location and will give pointers on how to photograph properties for this purpose.  In 2018, COED received 137 filming inquiries, and of those, 35 projects were filmed in Cherokee.  Businesses and services can also learn how to list their availability for the film industry.

“As a community, the way to create established and respected filmmakers is by affording them opportunities when they are starting out.  The way to gain on-set employment is by getting on-set experience.  Hosting these less-lucrative projects gives everyone more opportunity for needed experience and helps ensure the future of our local film industry,” said Mercer.

Those in attendance will have the opportunity to be placed in a database of local film crew, writers, college students available for on-set assistance, industry suppliers, and local businesses and citizens who are willing to take part.  “There’s a way everyone can participate in this industry, and there is something for everyone at the Cherokee Film Summit,” said Mercer.  “Filmmaking is a collaborative process—and ours is a community brimming with creatives ready to craft the next storyline, start-up, or industry standard.  We want to bring those creatives together so that all can benefit.”

For tickets to the Cherokee Film Summit, visit the Eventbrite page.

Cherokee Office of Economic Development (COED) exists to promote economic development in Cherokee by working with community investors and leaders to attract and retain a wide range of innovative industries, develop a highly-skilled workforce, and diversify the public revenue base. COED facilitates several programs such as Camera-Ready Communities, Fresh Start Cherokee, and the Cherokee Workforce Collaborative to implement the Cherokee By Choice strategy. The public-private initiative works to create economic opportunity for all residents and to make Cherokee a sustainable community and an excellent place to live, play, and work.