Hollywood in Your Backyard: Filmed in Cherokee 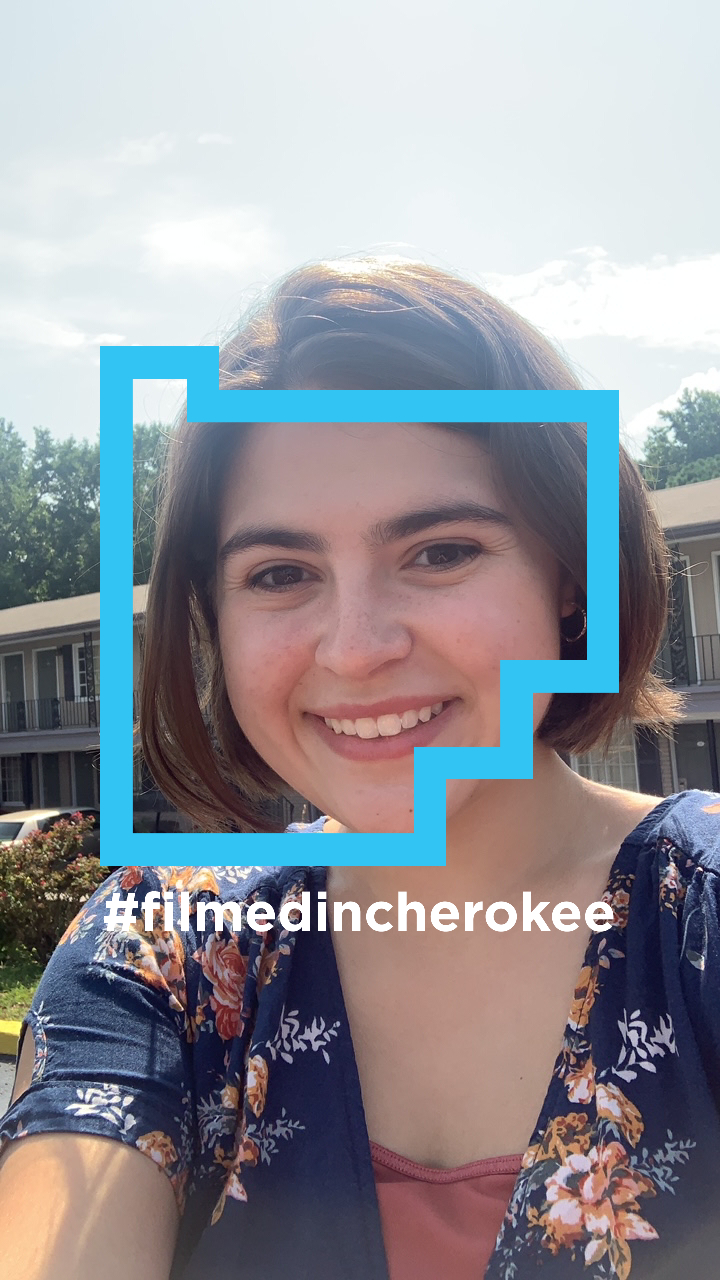 When I left for college a few years ago, I did not consider Cherokee County a film hub. Now, every time I come home, something new is filming.

Interning at the Cherokee Office of Economic Development (COED) gives me an even closer look at filming in the community. I am working with Cherokee’s Film Project Manager and the COED team, who play an essential role in attracting film to the county.

To showcase Cherokee’s diverse array of filming locations, COED, in collaboration with Black Airplane, developed the Filmed in Cherokee Mobile App. This summer, I used the app to plan film road trips with family and friends.

The free app lets you take a Hollywood tour without leaving Georgia, or even your hometown. It provides a map of fan favorite filming locations as well as background on why the production team chose Cherokee to film and fun behind-the-scenes facts for all ages. The app allows users to create their own tours around the county based on their interests. Whether you are going on a family trip, a day out with friends, or just want a short detour on your way home, there is something for everyone.

The first stop on my family’s tour was P&KC Store, where the Netflix Dolly Parton’s Heartstrings was filmed. We had no idea Netflix filmed just around the corner from our house.

Next, we visited The Outlet Shoppes at Atlanta, where Anna Kendrick crashed Santa’s sleigh in the Disney+ holiday film Noelle. For dinner, we went to J.D.’s on the Lake, AKA Blue Cat Lodge from my dad’s favorite show, Ozark, and on the way home, we stopped by the former Canton Grammar School, a Hidden Figures filming location.

On the tour with friends, we visited different locations. Being Stephen King fans, The Outsider and Doctor Sleep were at the top of our list. At the request of a medical drama-loving friend, we also went to Blankets Creek, featured in The Resident. We wrapped up at the Ball Ground Burger Bus, a local favorite and filming location for Timmy Failure: Mistakes Were Made, and even sat at where the main character, Timmy, sat.

It’s fun and easy to make your own tours, just like I did. Here are a few ideas to get you started:

The Food Tour, filming locations at or near restaurants: Timmy Failure (The Burger Bus), Ozark (J.D.’s on the Lake AKA, Blue Cat Lodge), Heartstrings (Downtown Canton, specifically Bizarre Coffee), and Noelle (The Outlet Shoppes at Atlanta).

The app is continuously updated as projects are released, so check back for new films and TV shows.

The app not only offers entertainment, but also connects you to the production process. Check out the “Get Involved” section to list your property as a potential filming location, list your business or support service for film teams to reference, become an extra, and more.

COED’s Cherokee Film Summit is another way to get involved. Set to return in early 2022, the summit connects our community with pros from Georgia’s thriving film industry.

Due to COED’s efforts, the number of projects filmed in 2021 is already expected to surpass all previous records, providing more opportunities for local film professionals and a tremendous boost to the local economy. For more information on the Filmed in Cherokee App and the film summit, visit cherokeega.org.