The Cherokee Film Summit is a multi-dimensional event that brings together Cherokee’s film community for a power-packed evening of educational breakout sessions, expert panels, and networking.

Vision Casting
Gerald Griffith, (President and Founder of VoiceOverCity Media Services)
Giving Voice to Your Vision:  Whether an idea or a project, without a voice, it’s just a dream.

Voice Over
Steve Henderson (VO talent for NASCAR, Cartoon Network, Chick-fil-a)
An introduction to what VO is (and isn’t), and helping those seeking to enter the VO market find their true voice.

Interviewing for Documentary and Business
Luke Livingston (Founder of Ground Floor Video, Director: Invalidated: The Shredding of the U.S. Patent System)
How to conduct interviews that reveal key story beats for documentary and commercial video.

Shape Your Story.  Share Your Story
Kris Wheeler (Documentary filmmaker:  Revival! The Sam Bush Story, Ride to Extraordinary)
How to discover your story, tell your story, and share your story with the world.

Marketing Your Property for Film
As the second-largest property owner in the state, Georgia Power has provided locations for dozens of productions ranging from the remote (Walking Dead) to the heavy-industrial (First Man). Georgia Power’s Film Location Coordinator Mike Staples will share ways to increase your property’s marketability with the film industry.

Extracting the Story
Luke Livingston will help you learn how to conduct interviews that reveal the key “story beats.” This session will focus on video interviews for small businesses and documentary films.

GET TICKETS TO THE FILM SUMMIT

Scenes from the Cherokee Film Summit

Creative by design. Collaborative by nature. Cherokee by Choice.

Not only do Cherokee’s stunning vistas and eclectic cities make excellent locations for your next film project (as they did for 27 in 2017 alone), but they provide a great place for your creative team to live, work and play. Just ask any one of our incredible industries, like adidas or YANMAR, who found Cherokee’s sustainability, greenspace, infrastructure, and proximity to Atlanta to be wins on their checklist of must-haves. Whether it’s a post-production suite, animation studio, sound stage, or a writer’s room you have in mind, Cherokee’s visionary and collaborative approach to economic development makes it the ideal place to take your project from dream to reality. Cherokee is the choice.

Making sure that our current and developing workforce are camera ready.

Sites and buildings for your project are ready and waiting.

Ozark was filmed at multiple locations throughout Cherokee, including Canton, Woodstock, Holly Springs, and on beautiful Lake Allatoona.

“Cherokee has been a fantastic place for us to work. We’ve been well-assisted with permitting, and the local law enforcement understands our needs. When we returned for Season 2, they didn’t miss a beat. It was seamless.”

In Cherokee County, you will find a myriad of film professionals to complement your team, and a host of available restaurants, services, and businesses ready to assist with your particular needs.

Live in Cherokee and want to get in on the action? Get linked up below! 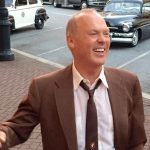 For upcoming acting jobs in your area, register at the Georgia Film Office’s Help Wanted Hotline. 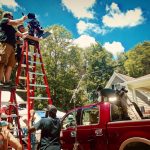 The Georgia Film Office has provided a way for all Georgia property owners to list their home or property to be considered as a filming location. Follow these instructions, or contact our office directly to list your property! Molly Mercer · 770-345-0600 · mmercer@cherokeega.org 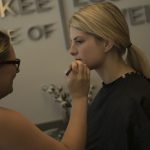 Support Services for the Film Industry 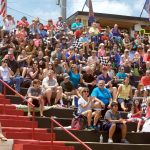 Whether it’s catering, manicures, golf carts, or taffy-pulling, you may be just the business a production team may need for their shoot. List your local support service or business today! 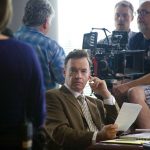 Where can I get information about casting services or becoming an extra? 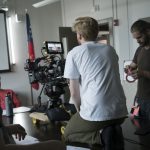 List your professional on-set experience and availability with the Georgia Reel Crew.

Cherokee County In the Movies

Take a look at just a few of Cherokee’s most recent silver screen appearances!